Raffles Credit Pte Ltd is a licensed moneylender (License No. 31/2020) listed in the Registry of Moneylenders, under the Ministry of Law in Singapore.

Maid Runaway Singapore: They Can Borrow Money And Leave You The Debt Moneylending is a legitimate business in Singapore with an illegal twist to it. Loan sharks parade around as moneylenders, offering you loans without full disclosure of the terms and conditions of the loan, and when you default on your payments they hound you, calling and texting and threatening, and their interest rates can increase to outrageous percentages on a daily basis.

Even though there are strict laws that govern moneylending activities, people still fall prey to the loan sharks in Singapore, and this shouldn’t be so. One of such examples is that of maids, or your domestic helper borrowing money from loan sharks and implicating you in the debt. Yes, this is a thing: your maid can use your name and number and take a loan, and when it is time to repay, you get saddled with the debt, because you unknowingly became her debt guarantor. Having a domestic helper or maid in Singapore is actually a very normal thing, especially when you have a very busy schedule and neither you nor your partner (if any) has the time to take care of the house and cook meals after hours at work. You can get a domestic helper for part-time or full-time, depending on your needs and wants.

A part-time helper is one who has keys to your flat or apartment and comes in a couple of days a week to clean, cook and stock your refrigerator with groceries. Part-time helpers are relatively cheaper than full-time helpers.

A full-time helper, usually called a foreign domestic helper and the person must be living in Singapore for the sole purpose of being a full-time domestic helper. She must live in your house, which means that you have to provide them with spacious accommodations in your house, such as a large enough room that has a bathroom. You are also responsible for their meals, health care, and a return trip ticket to their country of origin (as stated on their record).

You are required to pay a monthly fee of S$265 to the Singaporean government to buy a bond that will cover the fees if your helper decides to run away. Helpers tend to run away when they have been mistreated by their bosses, and sometimes it is this poor treatment that makes them borrow from loan sharks and saddle you with the debt. How To Prevent Them Borrowing From Loan Sharks

Some foreign domestic helpers may have an actual need for the money and unknowingly borrow from loan sharks in Singapore, thinking that their wages will be enough to cover the loan, and that is when they find out that they have been swindled. You can prevent this by taking the following steps: What To Do If Your Domestic Helper Borrows From Loan Sharks

If your domestic helper or maid approaches you and tells you that they have borrowed money from a loan shark, do not go off the bat making unfounded accusations. Keep a calm, level head and sit them down.

Ask them when and how the transaction took place, what information they gave to the loan sharks, and how much is in involved. Once you have all the information necessary, do not waste any time in doing the following:

Having a domestic helper in Singapore is a good idea if you need one and you know that you can adequately provide for them. While they may have needs that require additional finances, encouraging honesty and openness will deter them from going to loan sharks to get loans. Educate your domestic helper on the availability of legal, licensed moneylenders in Singapore, and they can easily find them by looking at the Registry for the list of licensed moneylenders in Singapore, then they can approach a few to see about getting a loan without leaving you indebted to loan sharks. 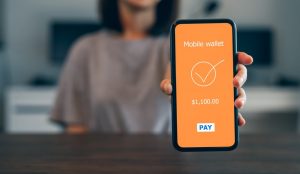 Why Cashless? Paying coins and paper money makes a transaction feel much

What Are the Student Loans Options in Singapore?

4 Tips on How to Build Your Credit Score in Singapore

What is a credit score? When the coronavirus pandemic halted global businesses